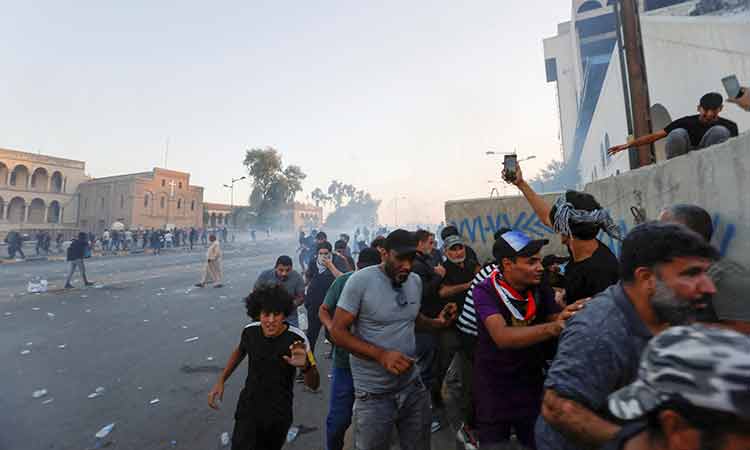 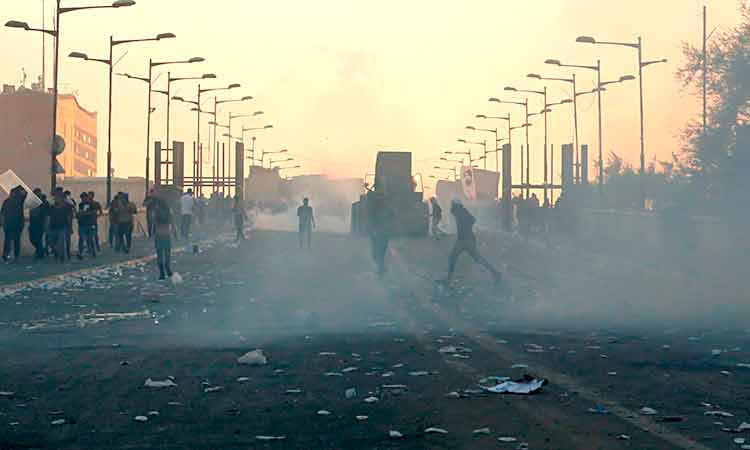 People run for cover as demonstrators clash with security forces in Baghdad, Iraq, on Wednesday. Reuters

There were no immediate reports of casualties from the strikes and no claim of responsibility, two police officers said. A number of Shi'ite Muslim militant groups have offices and supporters in eastern Baghdad.

A similar attack on Wednesday wounded seven members of the Iraqi security forces in the Green Zone, and appeared to add a new dimension to a contest among power-hungry politicians.

Rocket attacks on the Green Zone have been regular in recent years but they are normally directed at Western targets by Iran-backed militia groups.

Those attacks have been rare in recent months. Wednesday's attack took place as parliament was holding a vote to confirm its speaker.

The political crisis has left Iraq without a government for nearly a year after elections last October.

Sadr, the biggest winner of the election, withdrew all his lawmakers from parliament in June and has sworn not to let parliament convene, fearing other parties will form a government without him.

The standoff spiralled into street clashes killing dozens of people in central Baghdad in August. Many Iraqis fear the same could happen again.