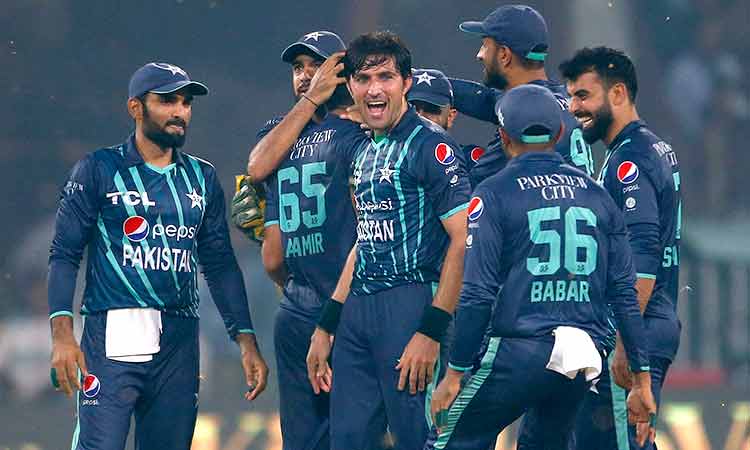 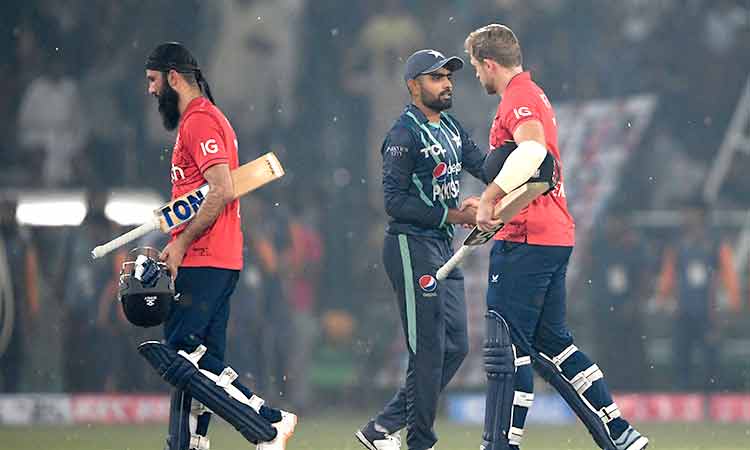 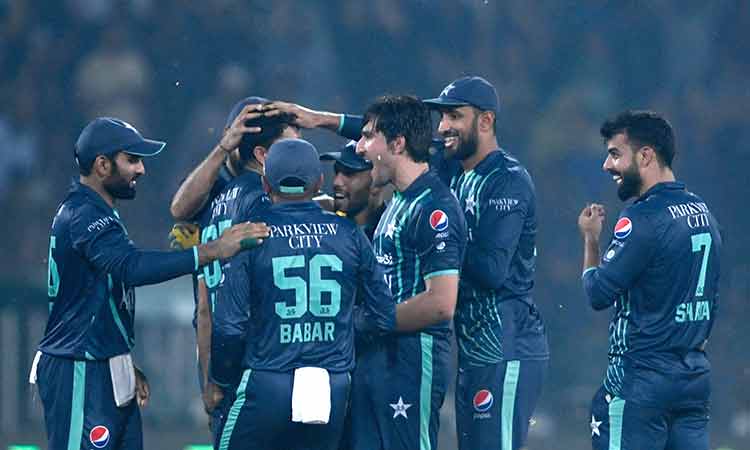 Captain Moeen Ali’s fighting unbeaten half century went in vain as Pakistan successfully defended a below-par total to beat England by six runs in the fifth Twenty20 on Wednesday.

Needing 15 runs off the last over, Ali could hit just one six off debutant fast bowler Aamer Jamal to reach his fifty before England got restricted at 139-7.

Mark Wood’s pace had earlier dismantled Pakistan for 145 in 19 overs in the lowest total so far of the series, which Pakistan now leads 3-2. David Willey and Sam Curran both grabbed 2-23.

It was the second time in a row that England slipped while chasing a below-par total in the seven-match series. They lost the fourth T20 at Karachi by three runs when Pakistan chipped in with the last three wickets for just one run.

Ali made an unbeaten 51 off 37 balls, but Pakistan strangled England through spinners Iftikhar Ahmed (1-16) and Shadab Khan (1-25) in the middle overs and the run-rate kept on climbing.

"Today was the most disappointing performance with the bat for sure,” Ali said. "I felt we needed two big hits, I managed to hit one ... but it was a very good last over and you can’t take anything away from him (Jamal)."

Top-ranked T20 batter Mohammad Rizwan’s belligerent form in the series continued as he anchored Pakistan innings with 63, his fourth half century in the series after Ali won his fourth toss and elected to field.

Pakistan's middle-order stumbled against Wood’s pace, which got rid of captain Babar Azam with a steep short ball and then had the wickets of Haider Ali and power-hitter Asif Ali with sharp short-pitched pacey deliveries.

Pakistan slipped to 100-7 in the 14th over when Shadab got run out in a mix-up with Rizwan as England kept coming hard with regular wickets.

Rizwan also holed out at deep fine leg when he couldn't clear Curran's low full toss in the 18th over before Woakes wrapped up the innings off his last ball when Rauf was caught in the deep.

England also slipped to 31-3 early in their run-chase against pacers Rauf and Mohammad Wasim while Mohammad Nawaz had Alex Hales caught at point in his first over.

Pakistan’s players celebrate their win at the Gaddafi Cricket Stadium in Lahore on Wednesday. AFP

Shadab had reduced England to 54-4 when he successfully overturned an lbw decision of in-form Harry Brook (4) through television referral in the ninth over and Ali couldn't accelerate against both spinners.

Ahmed then ended Dawid Malan’s nearly run-a-ball knock of 36 and Jamal got his first wicket off his second ball when Sam Curran holed out at long off in the 15th over.

Ali took the game deep with a 46-run stand with Woakes (10) before he fell to Haris Rauf in the penultimate over and the 26-year-old Jamal bowled some superb yorker length deliveries to Ali in the last over to deny England victory.

"It's a team game and we believe if we are struggling (in one department), the other one (bowling department) chips in,” said Shadab, who was playing in his first game of the series after missing out the four games at Karachi. "Aamer Jamal had a believe in himself and we all backed him for the last over."

Lahore will host the remaining two games of the seven-match series on Friday and Sunday.