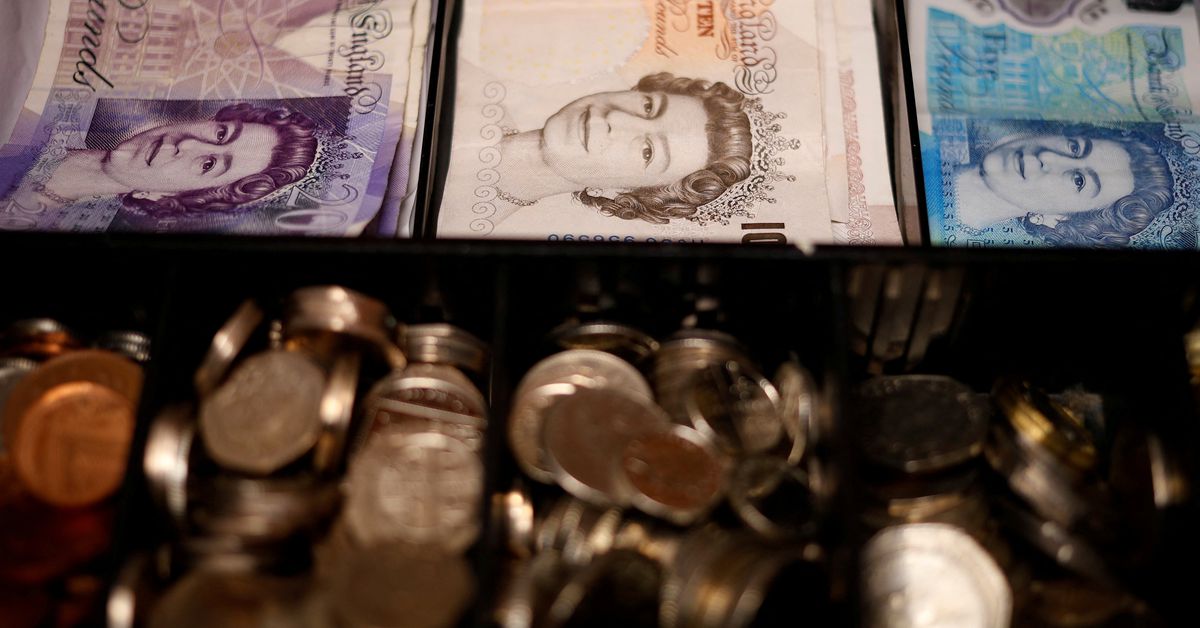 LONDON, Sept 29 (Reuters) - Sterling fell as much as 1% on Thursday after British Prime Minister Liz Truss defended economic plans that have triggered chaos in the country's markets.

Sterling crashed to a record low against the dollar of $1.0327 on Monday after new finance minister Kwasi Kwarteng unveiled plans to slash taxes, particularly for the rich, and jack up borrowing.

The mini budget also wreaked havoc in the UK government bond market, forcing the Bank of England to intervene on Wednesday.

The BoE said it would buy around 65 billion pounds of long-dated government bonds after seeing "dysfunction" in the market.

Sterling bounced on Wednesday to close at $1.0877 as investors digested the BoE's plans.

However, it resumed its long-running slide on Thursday as Truss came out to defend her government's policies.

"We are facing difficult economic times," she said on local BBC radio. "I don't deny this. This is a global problem. But what is absolutely right is the UK government has stepped in and acted at this difficult time."

Jonas Goltermann, senior markets economist at consultancy Capital Economics, said both dollar strength and fears about the British economy were hitting the pound on Thursday.

"I don't think (the BoE's intervention) is going to be a long-term boost for sterling, although it might prevent an extreme downturn," he said.

Goltermann said further falls in sterling are probable. He said the BoE is likely to disappoint traders, who are expecting it to hike interest rates to 6% by spring next year from 2.25% currently.