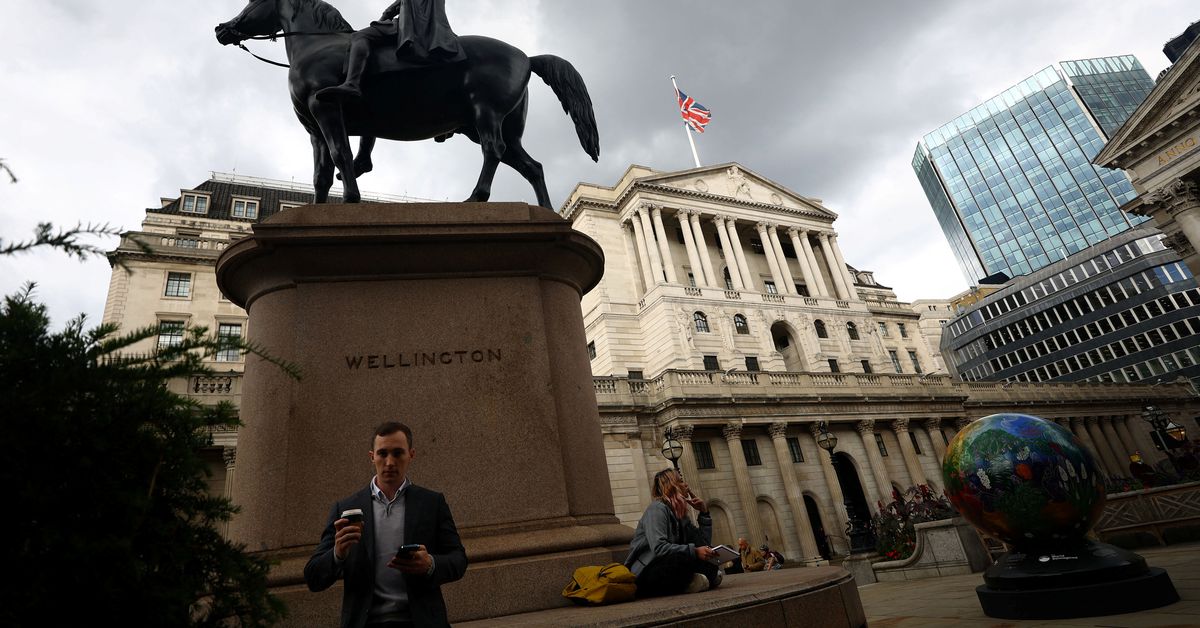 LONDON, Sept 29 (Reuters) - Investors pedalled into another cycle of selling on Thursday as the dollar tightened its hold on the currency markets, recession fears sapped stocks and bonds suffered more interest rate pain.

Europe's open was brutal. The STOXX 600 share index (.STOXX) dropped nearly 2% from the open, while both the euro and the pound , hammered over the last week by UK debt concerns, slumped 1%. /FRX

Government bond markets were braced for German data expected to show consumer prices rising there at the fastest rate since the 1950s. Gilt selling also resumed a day after the Bank of England dramatically intervened in the UK market to try and quell the storm around the government's spending plans.

She said investors were now seeing "incoherence" in the UK with government spending as the BoE tries to rein in inflation, while everywhere else the focus is on how high central banks are prepared to go with interest rates.

Germany's 10-year government bond yield, the benchmark of the euro zone, jumped to 2.27% , as pacey numbers from the German state of North Rhine-Westphalia pointed to a double-digit inflation figure for the country as a whole later.

The UK 10-year gilt yield, which drives UK borrowing costs, rose 15 bps to 4.16% after falling almost 50 bps the day before due the BoE's sudden intervention.

UK Prime Minister Liz Truss defended her new economic programme that has sent sterling to a record low this week and left the UK's borrowing costs close to Greece's - saying it was designed to tackle the difficult situation Britain was now in.

BIT OF A MESS

Zooming back out, it was still about the dollar which has crushed currencies virtually everywhere this year.

Speaking with reporters in London on Wednesday, veteran Federal Reserve policymaker Charles Evans gave no indication that any of the recent drama would blow the U.S. central bank off its rate hike course.

Thursday's moves saw the U.S. dollar index , which measures the currency against sterling, the euro and four other peers, rise back towards its recent 20-year high again having had its worst session in 2-1/2 years on Wednesday. /FRX

Oil prices were down again after gaining more than $3 in the prior session, with the strong dollar capping oil demand and concerns over the faltering global economic outlook clouding market sentiment.

"It's all a bit of a mess," said ANZ economist Finn Robinson.