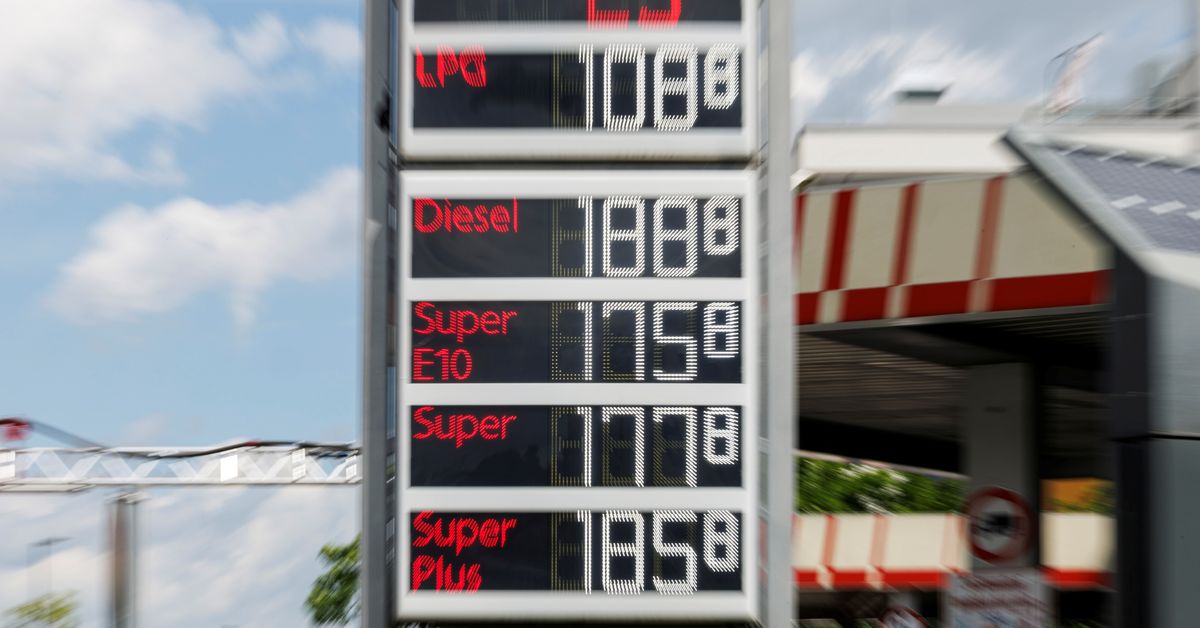 BERLIN, Sept 29 (Reuters) - Four leading German economic institutes have almost halved their spring economic growth forecast for Europe's largest economy this year and slashed their 2023 projection to -0.4% from 3.1%, they said on Thursday.

The four institutes now expect 1.4% growth this year, down from 2.7% seen in the spring.

"Soaring gas prices are drastically increasing energy costs, leading to a massive reduction of the purchasing power," they added in a statement.

Under a risk scenario of a very cold winter, gas shortages and a lack of savings in energy consumption, the institutes expect gross domestic product (GDP) to contract by 7.9% in 2023 and by 4.2% in 2024.