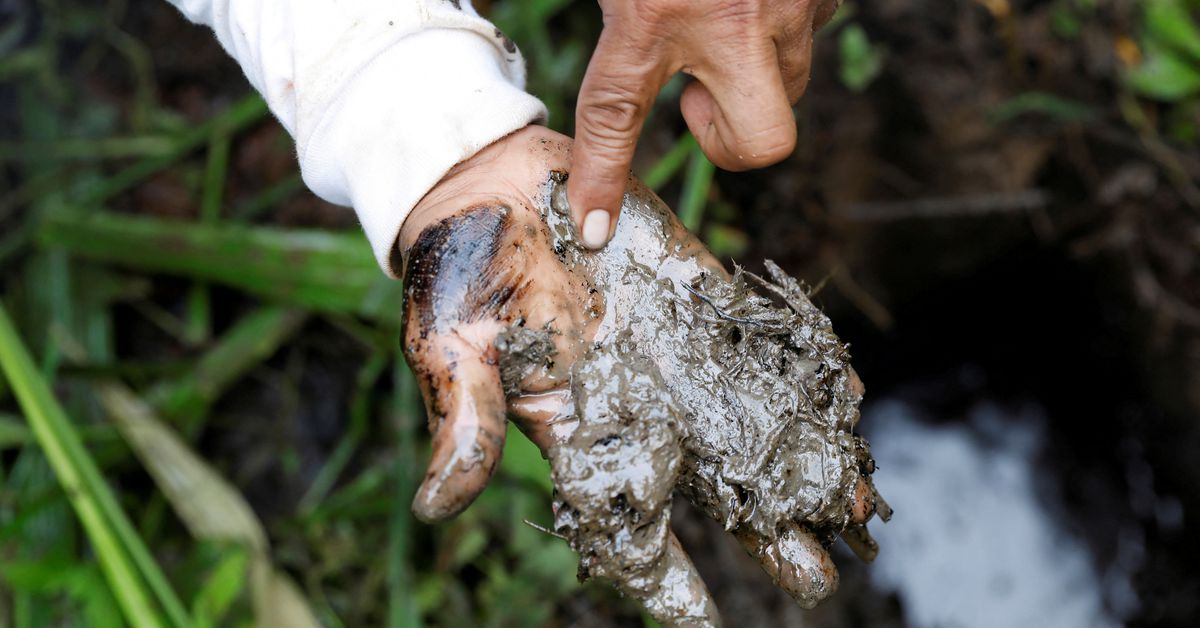 LIMA, Sept 28 (Reuters) - Peruvian indigenous groups were blocking a large river in the country's Amazon region on Wednesday in protest over a crude oil spill of an estimated 2,500 barrels in the world's largest rainforest, the government said.

The spill took place on Sept. 16 and affected several indigenous communities in Peru's Northeast region of Loreto. While Peru's environment ministry estimated the spill at 2,500 barrels, state-owned oil company Petroperu said it did not yet have an estimate.

Petroperu said in a statement that the spill had been the result of "intentional" damage done to an oil pipeline operated by the company. The pipeline transports crude from the Amazon to Peru's desert coast to be refined.

The pipeline has been the site of several oil spills in recent years.

The government said in a statement communities were blocking the large Maranon river, a key tributary of the Amazon, which was preventing officials from taking water samples and distributing medicines to the affected indigenous communities.

Reuters could not reach a community representative for comment.

The Amazon is the world's largest rainforest and its preservation is considered key by scientists to avert catastrophic climate change. Peru has the second largest section of the Amazon after Brazil.

While Peru is a very small oil producer, producing just 40,000 barrels per day, its oilfields are concentrated in the Amazon.

The incident is at least the second large oil spill to take place in Peru this year, after Spanish oil company Repsol SA (REP.MC) spilled over 10,000 barrels onto the Pacific Ocean in January from a tanker that was onloading onto a company refinery near Peru's capital Lima.

The spill is also the eleventh to take place so far this year in Amazon, Petroperu said, but the first to flow directly onto a river.

The administration of leftist Peruvian President Pedro Castillo has said it wants Petroperu to ramp up production, especially at its dormant Lot 192, the country's largest oil field, located deep in the Amazon.