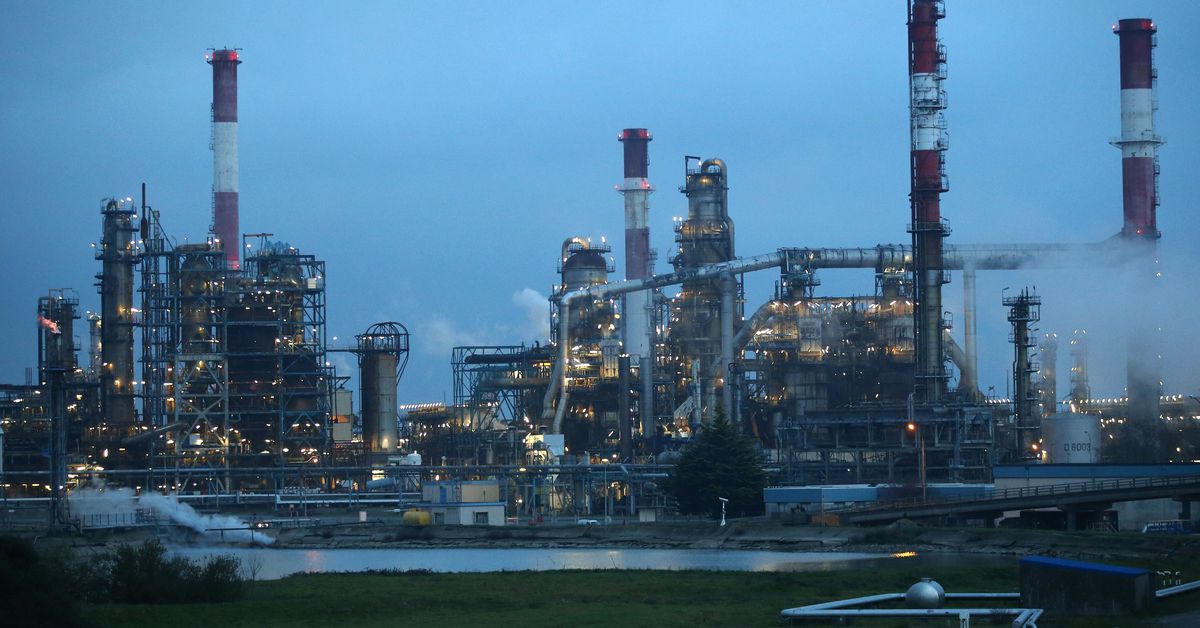 LONDON, Sept 29 (Reuters) - A heavy oil refinery turnaround season in Europe this autumn, plus French strike action, is set to push diesel prices higher and tighten supplies ahead of a European Union ban on Russian refined products which is due to come into force early next year.

In October, around 1.5 million barrels per day (bpd) of crude refining capacity is expected to be offline in Europe for planned and unplanned maintenance, Energy Aspect estimated.

The busier maintenance schedule is likely to be related to the COVID-19 pandemic.

"Given all the Covid-related restrictions, social distancing etc, it's likely that not a lot of extensive works were actually carried out but rather just essential maintenance," Energy Aspect's Livia Gallarti said.

"The European diesel market is looking a bit softer than we had expected say this time last month," Gallarti said, adding that the consultancy has softened its European demand forecast as economic pressures mount.

Europe has also been upping its diesel imports from other regions like the Middle East and Asia, with September arrivals hitting a three-year high of 1.6 million barrels per day, based on data from oil analytics firm Vortexa. read more

But while higher imports and a softening demand outlook are helping to ease the pressure on diesel markets, widespread refinery outages in France, partly due to strike action, could tighten supplies again.

One European trader said that while the market has priced in, and to a large extent prepared for the planned outages, it is the unplanned outages that could cause problems for the oil products market.

"The issue is unexpected outages like the French strikes," he said.

Walkouts over pay and unplanned maintenance have resulted the temporary shutdown of four out France's six oil refineries in the week to 28 September.

Exxon Mobil, which operates two of the shut plants, told Reuters it had temporarily put limitations in place for customers, saying this was in accordance with the terms of its supply contracts.

Benchmark European diesel profit margins hit a two-week high of about $50 a barrel on Wednesday, based on Reuters assessments, driven by the French strikes.

Analysts expect the shutdowns to tighten refined product supply if they drag on.

"The wave of strikes in France took the market by surprise and there is uncertainty about its duration," OilX analyst Neil Crosby said.

"Overall, we remain constructive diesel cracks come Q12023 as the market will struggle to replace lost Russian supplies," Gallarti said, adding that Europe stands to lose 500,000-600,000 bpd of Russian diesel due to sanctions.

The European Union will stop buying all Russian crude oil delivered by sea from early December, and will ban all Russian refined products two months later, in protest over Moscow's invasion of Ukraine.

"We struggle to see [diesel] stocks building massively from where we are," Woodmac analyst Mark Williams said.

"We expect prices to really spike ... mid-January, probably February, but we may see a spike little bit earlier as the market starts to panic," he added.