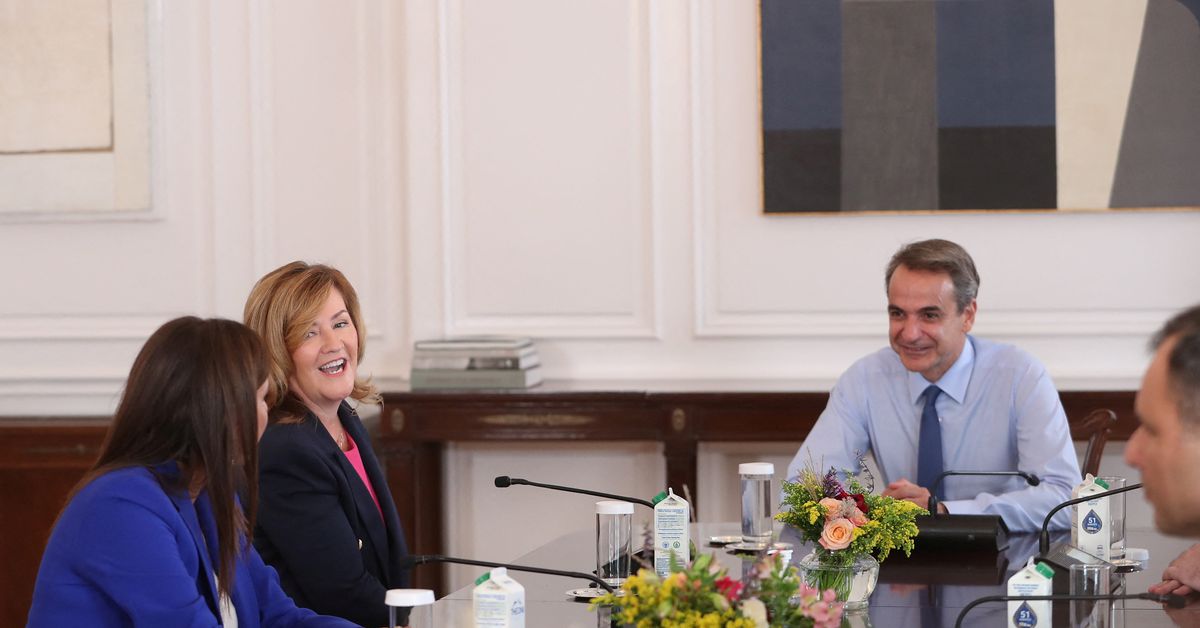 ATHENS, Sept 29 (Reuters) - Alphabet Inc's Google will set up its first cloud region in Greece, the company said on Thursday, giving a boost to the country's efforts to become a world cloud computing hub.

The deal is estimated to contribute some 2.2 billion euros ($2.13 billion) to Greece's economic output and create some 20,000 jobs by 2030, Prime Minister Kyriakos Mitsotakis said.

Since taking office in 2019, Mitsotakis's conservative government has stepped up moves to diversify the economy and attract foreign investment and high tech companies to the country which emerged from a decade-long financial crisis in 2018.

"Today, we are very pleased to be announcing our first cloud region in Greece which will provide storage and cloud services for Google customers," said Adaire Fox-Martin, president of Google Cloud International, announcing the investment at an event in Athens.

The investment would enable organisations to better use their data, help improve low latency and ensure users' security in the face of cybersecurity threats, she said.

A cloud region usually is based around a cluster of data centres.

Amazon Inc's cloud computing division also opened its first office in Greece last year to support what it said was a growing number of companies and public sector agencies using its cloud services.