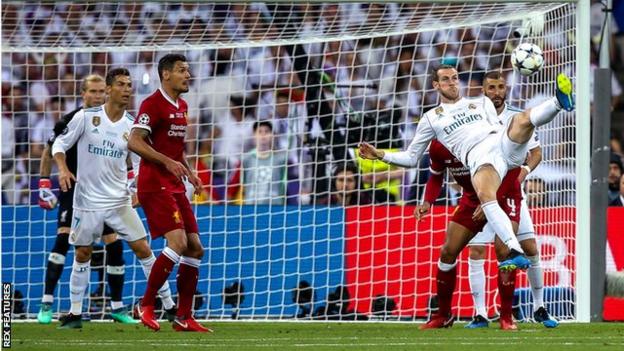 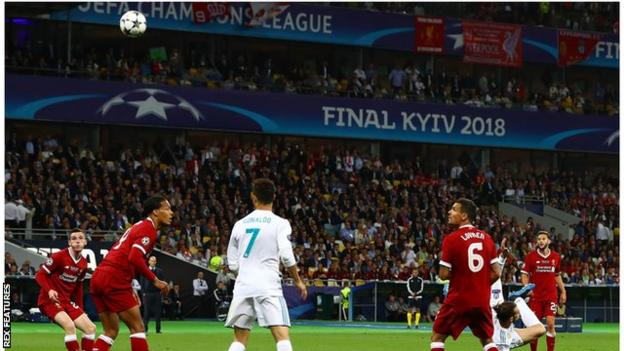 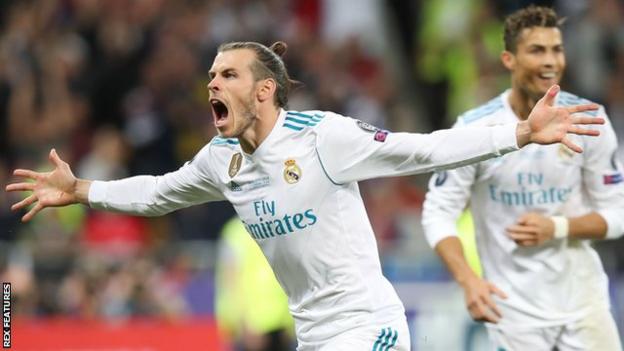 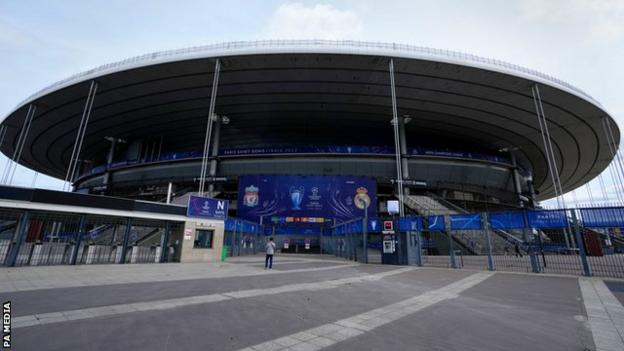 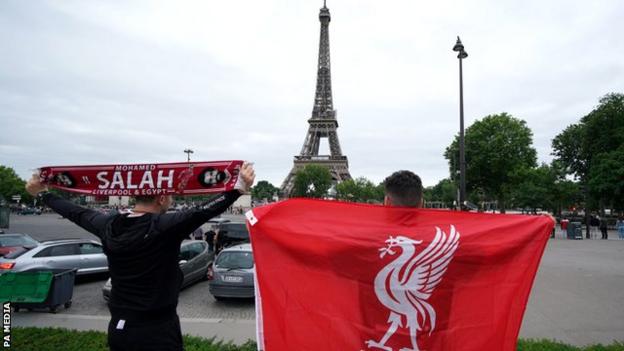 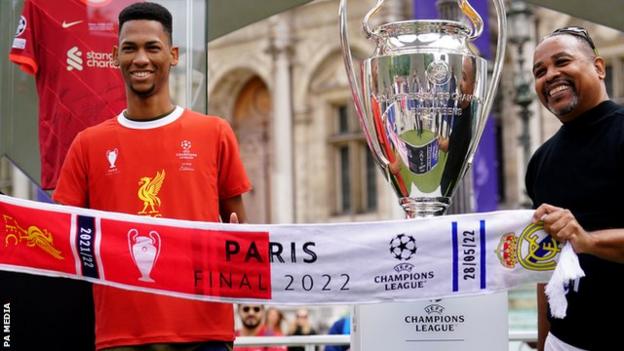 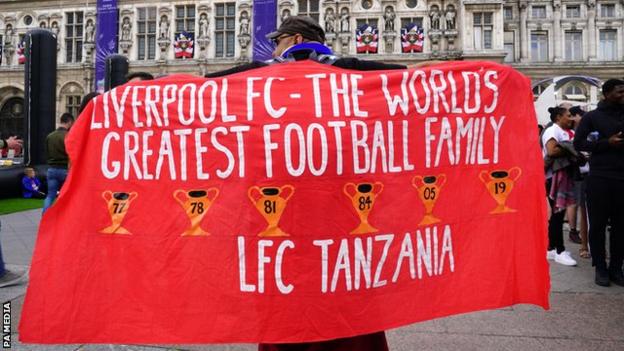 Liverpool will look to win European club football's most prestigious prize for the seventh time when they face Real Madrid in a mouth-watering Champions League final in Paris on Saturday.

- many without tickets - are expected in the French capital as Jurgen Klopp's Reds attempt to seal an FA Cup, Carabao Cup and Champions League treble in their 63rd and final game of 2021-22.

However, Real Madrid are record 13-time winners and their Italian boss Carlo Ancelotti is looking to win the competition for a fourth time - the most by any manager in the tournament's history - after leading AC Milan (2002-03, 2006-07) and Real (2013-14) to European glory.

Liverpool head into their third Champions League final in five seasons on the back of the disappointment of narrowly losing out to Manchester City in the Premier League title race last weekend.

"We are all in a good mood. If you are healthy, as the boys obviously are, life gives you opportunities again and again and in this case it is the Champions League final," said Reds boss Klopp.

The German added: "Three finals in five years is exceptional because this competition is really difficult. It is really special. We really want to give it a proper go and we will see."

While Liverpool are looking to seal a cup treble, Real are attempting a league and European double after being crowned champions of Spain.

By steering Real to a 35th La Liga title

last month, Ancelotti became the first manager to win the league in all five of Europe's major leagues.

"Two great teams will face each other, and the one with more courage and personality will win at the end," said former Chelsea boss Ancelotti.

The final will be decided on the day with extra time and penalties coming into play if the sides cannot be separated.

Battle of the heavyweights

While Real Madrid are aiming to win it for a 14th time, which would then be twice as many as any other club, a Liverpool win would take them level with AC Milan (7) in second place on the list of overall champions.

Liverpool's Senegal forward Sadio Mane and Real Madrid's France forward Karim Benzema are both in the running to win this year's coveted Ballon d'Or which is awarded to the world's best player.

Benzema, 34, has struck 15 goals in Europe this season - including two hat-tricks - and is the Champions League's leading scorer in 2021-22, while Mane was instrumental in his country's first Africa Cup of Nations triumph in February.

Mane also helped Senegal qualify for the 2022 World Cup, with the 30-year-old winning two domestic cups with Liverpool this season. Linked with a move away from from the Reds this summer, Mane said he will give a "special" answer over his future after the final.

Mohamed Salah said earlier this month Liverpool had "a score to settle" with Real after losing 3-1 to the Spanish giants in the 2018 final in Kyiv.

Four years ago, the Egypt star left the pitch in tears after falling heavily following a challenge by Sergio Ramos. "I want to play against them and hopefully win it from them as well," added Salah, who has yet to extend his contract that expires in June 2023.

This is the third time Liverpool and Real have met in the final.

As well as 2018, the two clubs met in 1981 when Liverpool emerged 1-0 winners in Paris. Forty-one years later, will history repeat itself?

Four defeats but a place in the final

Real Madrid have lost four times in 12 Champions League matches this season - Liverpool have lost three out of 62 matches in all competitions in 2021-22 - yet the champions of Spain have made it through to their 17th final in the competition.

They have defeated Liverpool's Premier League rivals Chelsea and Manchester City along the way but suffered a surprise home defeat to Moldova's Sheriff Tiraspol in the group stage last September.

Real came back from the abyss in their semi-final against City.

Benzema, who has scored seven Champions League goals against English teams this season, then sent Ancelotti's side to Paris with a penalty.

Paris steps in after Russia stripped of final

European club football's showpiece final, which is expected to be watched by a global television audience of up to 400 million,

is being held in Paris after Russia was stripped of the event following the nation's invasion of Ukraine.

It was scheduled to be played in St Petersburg but Uefa announced in February it would instead move the match to the Stade de France.

Paris has been given just three months to prepare, well short of the usual 18.

It is the third year running the venue of the Champions League final has been moved - the previous two because of the coronavirus pandemic.

The last time the Stade de France staged the Champions League final was in 2006 when Barcelona defeated Arsenal.

French authorities are braced for an influx of up to 60,000 Liverpool supporters as Paris prepares for the Champions League final.

Most have travelled without a ticket for the match by coach, train, plane and boat to soak up the atmosphere.

while authorities have prepared a vast fan zone for up to 45,000 Liverpool fans along the Cours de Vincennes, a major avenue in the east of Paris, six miles from the stadium.

There will be 75,000 inside the Stade de France but only 20,000 tickets have been made available to each side, with a further 12,000 offered for sale to fans worldwide.

More than one-fifth of Liverpool's ticket allocation was for tickets that cost between £410 and £578.

However, fans travelling to France faced long queues at the Port of Dover.

Some complained of "chaos" after being stuck in hours-long queues alongside families heading for half-term holidays.

How can you watch Champions League final?

to watch whether on TV, online or on mobile.

The BBC Sport website will have live text commentary as well as full reaction, analysis and a report following the final.